Catalina Matorral is a comet. Catalina Matorral is a duo; Marion Cousin and Borja Flames make up its double head and four hands. At the beginning of the 2010s, they were called June et Jim — we remember some disturbing EPs they released before joining the label Le Saule (a small, chivalrous table whose holy grail is everything unheard, where folk-singing is avant-garde and avant-garde is synonymous with enchantment). Their first LP, Les Forts, evoked the songwriting of indie-hobos inspired by Latin America, contributing to the rejuvenation of French music. Noche Primera went even further by vibrating in various reveries, from African songs to Spanish medieval music, from Purcell to Bach. It blew hot and cold under a psychedelic candlelight. The record in question has been maturing for seven years in eccentric barrels, marinating in the shadow of Marion and Borja’s respective evolutions, nourished by their individual obsessions. Marion fixated on songs and dances from the Iberian Peninsula. This gave birth to a minimalistic, organic record featuring the cellist Gaspar Claus, where humming trembles among frowning pizzicati, thin drones and throbbing arpeggios. She went on to release another album with the electronic duo Kaumwald, an oeuvre at the crossroads of vernacular narratives and experimental music, simmering everyday songs in an insolently modern production. Meanwhile, Borja leaned towards an intellectual, synthetic and furious pop; made two albums to awaken the dead, somewhere between Moondog and Battiato. They are two conceptual, electrifying and dance-inducing recordings for the phosphorescent masses.

Catalina Matorral is the aberrant, delightful by-product of all of the above. A grand, serial poem where everything is interconnected —  songs, texts, music and obsessions — in a vast, skillfully crafted cycle. It is a sound theater where androids dream of electric sheep, a spellbook where medieval illuminations sit next to printed circuit boards, where each sentence is an indecipherable secret, a Jivaro poem, an incantation to lift enchantments. The slightest sound seems to be animated by an autonomous thought. To say that the listener is immediately captivated by this multidimensional voice resembling a voodoo vocoder rolling on a conveyor belt made of artificial basses would be an understatement. Drums knock and crackle in an orchestra perched high on glitches, surrounded by an entirely new landscape composed of brass and convulsions, somewhere between the rural bocage of Normandie and the International Space Station. The result is both eventful and very soft:  chimeric narration, heady verses, pop fragments, horizontal synths, distorted technologies. One would think they’re listening to an opera composed by Robert Ashley or Laurie Anderson, based on an improbable libretto written by anthropologist Jeanne Favret-Saada, and performed by holograms of Brigitte Fontaine and Areski — who unexpectedly regurgitate bits of blunt folk, binary jazz, baroque songs and ghostly madrigals. Micro-events, great enchantments.

This record was written and recorded by two people, tinkering feverishly for seven years. It was blessed with the furtive appearances of faithful friends: Gaspar Claus played the cello; Igor Estrabol the clarinet, trumpet and flugelhorn; Renaud Cousin the drums; Ernest Bergez played the violin and whimsically mixed the tracks like a bonesetter-scientist.

At the crossroads of worlds, eras and moods, Catalina Matorral invents a curiously rural science fiction that confounds poetry with white magic and puts French music in a permanent tension between the cosmos and manure.

It must be noted that it was the enthusiasm of Hisham Mayet, founder of the mythical Sublime Frequencies and a great collector of music without borders, that permitted the promising new label Via Parigi to release this album, a dizzying asteroid shaped like both a nursery rhyme and a black hole.

With Ernest Bergez (violin and vocals on 8), Gaspar Claus (cellos on 1), Renaud Cousin (drums on 8), Igor Estrabol (trumpet and flugelhorn on 4, clarinet, trumpet and flute on 7).

Mastering by Kassian Troyer at Dubplates&Mastering.

Drawings and artwork by Borja Flames. 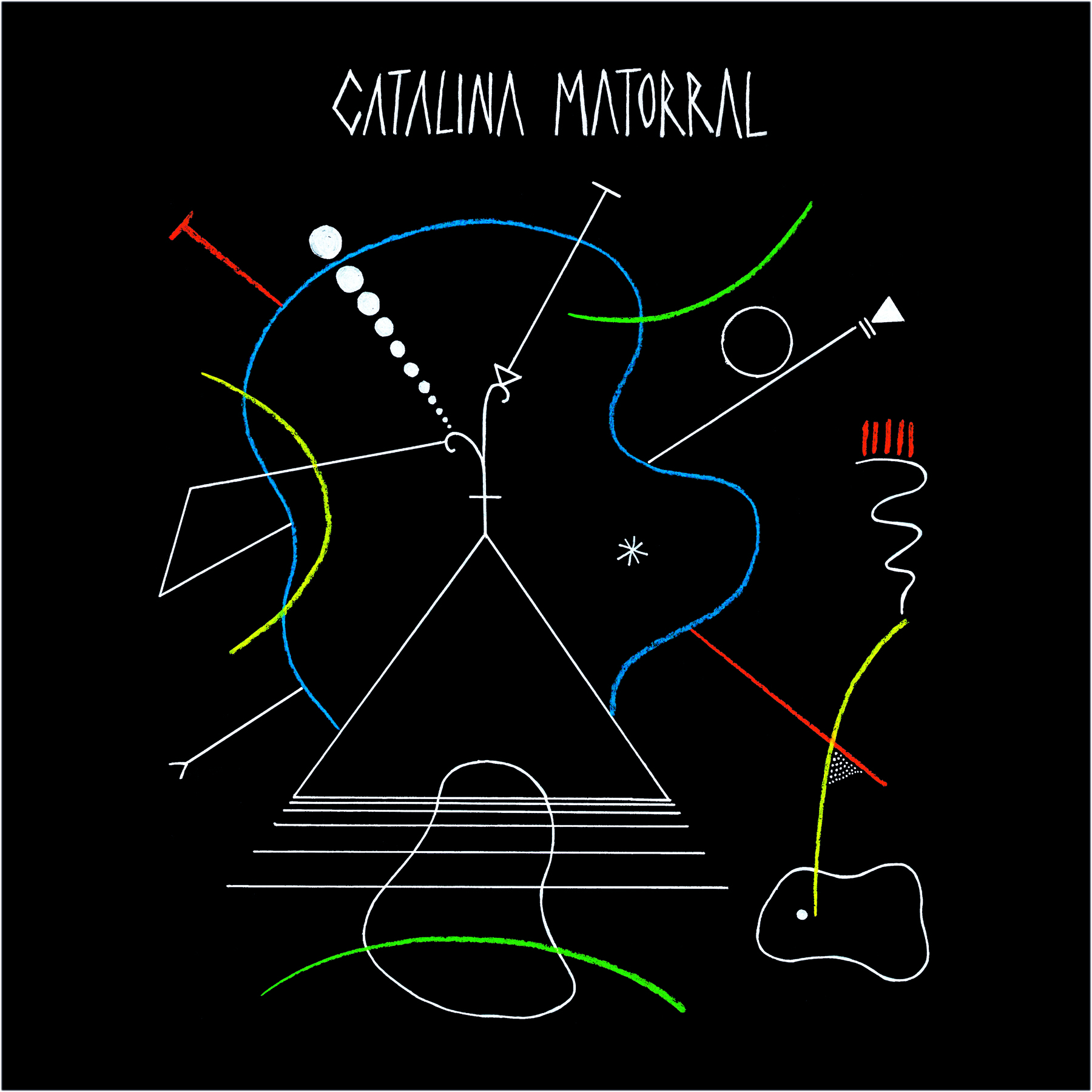