Ben Chasny was on a holy roll when he laid down the 11 tracks on Dust and Chimes. It was 1998 and y’all were floating on that Bill Clinton peace-and-prosperity bubble. Meanwhile, Chasny had dropped his self-titled debut LP earlier that year, and the cognoscenti and illuminati were pricking up their ears. Dust and Chimes announced the arrival of a furrowed-browed troubadour whose complex, morosely beautiful guitar playing didn’t Basho you over the head with Fahey-isms. The three solo guitar tracks here contain quicksilver skeins of glinting acoustic guitar, recorded over a decade before the American Primitive style of guitar playing would be of any interest to the indie world. Brilliant darkness and somber ecstasy abound, as Chasny ragas against the machine with a bold inventiveness. Elsewhere you may hear hints of Tyrannosaurus Rex’s impish arboreal-folk charm and feathery Donovan-esque incantations—reverent but not lightweight in the least. Now newly remastered, Dust and Chimes sounds like the work of a young sage who’s wise beyond his tears. 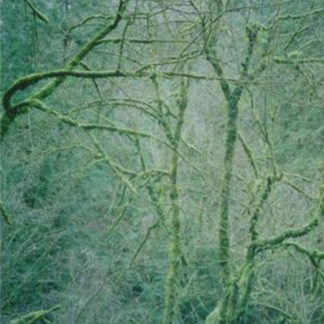 You're viewing: SIX ORGANS OF ADMITTANCE : Dust and Chimes – 1165LP
Add to cart